I finally, FINALLY, have a cinnamon roll recipe on the blog- dairy free, gluten free pumpkin cinnamon rolls. This has been a goal since the beginning of Grab The Mangos. Why? Because cinnamon rolls are life. I LOVE cinnamon rolls more than anything in the morning with a nice cup of hot coffee and some good music. These are made with pumpkin and are so perfect for this fall weather and everything pumpkin.

Making gluten free pumpkin cinnamon rolls is a bit tricky. This has taken me a while to get to a point where I am satisfied and happy with the way these turned out. They are soft in the roll and gooey in the center the way cinnamon rolls should be.

This recipe for cinnamon rolls uses, yeast, gluten free flour, and almond flour as well as coconut oil and almond milk to keep it gluten free and dairy free. Trust me they are still ridiculously delicious!

The key with making gluten free breads and rolls and baked goods with yeast in them is to give them plenty of time to rise. Personally I love overnight cinnamon rolls the best anyways because you get to wake up and just pop the pan in the oven and relax. The kitchen is left alone and you don't have to do anything other than smell all the smells while it bakes. That is exactly what these cinnamon rolls do!

Start by mixing your yeast with the flour, almond flour, and sugar. Heat the almond milk, water, and coconut oil to a warm temperature. Now, when dealing with yeast, you do not want to kill it with a hot liquid so make sure that the milk mixture doesn't get hotter than 110F. Right between 105 and 110F is the best temperature for rising yeast.

Once your milk mixture is warm, mix it slowly in with the flour and yeast mixture. Add two eggs to the dough and combine thoroughly to form a really nice elastic dough. Let this sit for about 10 minutes to let the dough rest so it is easier to roll out.

Roll out your dough on a floured surface with the gluten free flour. Make it a rectangle shape so you can roll it up the long way after spreading the pumpkin filling on.

The pumpkin filling is pure pumpkin puree, brown sugar, almond flour, cinnamon, allspice, and nutmeg. It tastes just like a bite of pumpkin pie! Spread it on the rolled-out dough nice and even.

Roll it up the long way careful not to rip the dough. Doing little bits at a time all the way down the ends helps to get it going. Once it's completely rolled up, use a bread knife to slice 1.5-2 inch thick pieces. Place them on a greased skillet or pan and cover with plastic wrap to rise overnight at room temperature.

In the morning when you're ready to eat an amazing pumpkin cinnamon roll, take the plastic wrap off and bake them at 350 for 15-18 minutes. Let them cool for a little bit and then slather them with maple icing and enjoy!

Tag us on Instagram @grabthemangos and give us a rating and review right here in the comments! And don't forget to pin and save it for next time!

More Sweet recipes for you to love 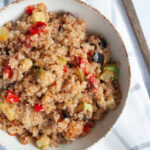 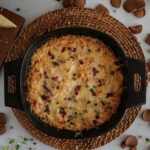 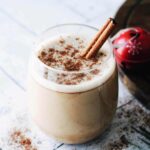 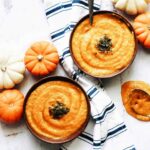 I'm Renee and welcome! Grab the Mangos focuses on affordable, simple, and easy-to-make recipes. Let's make delicious food together with easy steps and simple ingredients so you have one less stress in your life.